The entire state of New York just entered a partnership with NAISMA's PlayCleanGo program. Let's meet the person who moved this partnership along. This response and management coordinator's favorite invasive species tool is a helicopter. 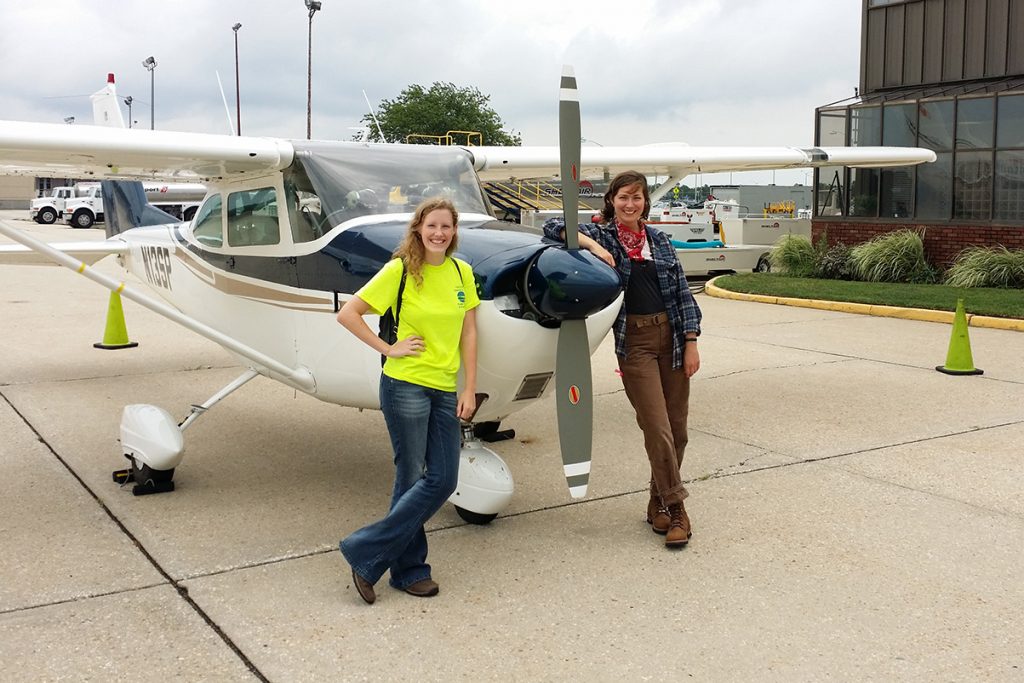 Under many challenges, thousands of people are controlling invasive species every day. They know that without someone guarding their forests, fields and waters, North America would lose its food web, agricultural heritage, and native species that fuel the life of this continent. Many invasive species professionals feel like they’re on their own, and NAISMA is here to connect them to one another. The NAISMA Field Dispatches chronicle the daily work, concerns and success of invasive species managers and leaders across North America. Meet Molly Hassett. She coordinates Invasive Species Response and Management for New York State Department of Environmental Conservation (NYSDEC). We’re excited to introduce her to you as the entire State of New York has joined as a statewide PlayCleanGo partner.

An early encounter with invasive plants influenced your career path as an invasive species coordinator. Can you talk more about that?

I first began working with invasive species during a high school internship at DEC’s Five Rivers Environmental Education Center. As a part of this internship, I picked up a garlic mustard hand-removal project that had already been ongoing for several years. After one day of hand-pulling the species, I began to notice garlic mustard growing almost everywhere I went. After researching other invasive plants in my area, the extent of the invasive species problem was apparent. This experience began to fuel my passion for invasive species management and has led me to where I am today.

If you could turn back the time tables on just one invasive species, what would you choose?

Probably emerald ash borer. I’ve seen the damage fist-hand that this insect has had to communities as well as to ecosystems across the state. Hundreds of trees throughout the town I grew up in have been infested and removed, leaving roadsides and backyards feeling empty and hollow.

In addition, I had the opportunity to see the ecological impacts of emerald ash borer firsthand across the state during my Master’s thesis work, where I saw acres of what were once forests now transformed into haven thickets for invasive shrubs and herbaceous species.

You work on a statewide scale. What helps you stay focused?

Communication and collaboration. In New York State, there are many agencies and partnerships involved in invasive species management, and everyone is working towards the same overall goals.

Having everyone on the same page and being able to work together toward these shared goals as a united front improves the efficiency and effectiveness of invasive species management; it allows us to respond in a shorter amount of time to invasive species threats before a species becomes widespread.

There is always more to be done and more to work on, but I think the challenges are what keep me interested in invasive species and force me to keep improving.

Having everyone on the same page allows us to respond in a shorter amount of time to invasive species threats before a species becomes widespread.

Lightning Round! What’s your…

Your detection, research, and management of New York State’s invasive species must take you in a lot of different directions. My biggest accomplishment has been to be able to participate in several of New York State’s invasive species management programs including spotted lanternfly, southern pine beetle, and oak wilt.

Through these programs and my current role, I have had the opportunity to work with others in my department, other agencies, and partners to help lead on invasive species.

What keeps you going?

In addition, these opportunities led to new experiences such as mapping invasive species from planes and helicopters, chainsaw training, and wildland firefighting – which continue to make me grow personally.

Subscribe to NAISMA's free e-newsletter, the Early Detector. We'll share the latest from the NAISMA community and new research and success stories from across North America.
Sign Up Here
PrevPreviousNAISMA Coronavirus Update
NextInvasive Species News and Research, March 2020Next 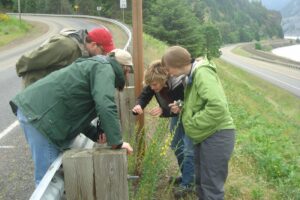 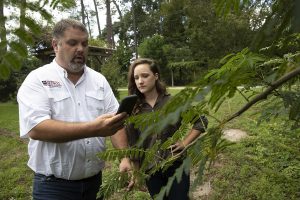 The designer of Bugwood images and EDDMapS on his mentors, 6-foot lizards, useful analogies and the invasive species moon shot that we need in the next 10 years. 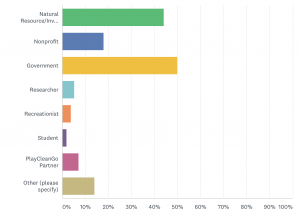 What concerns do people have when thinking about managing invasive species with your job? What do they want to learn more about?