Invasive Moths and How to Report Them 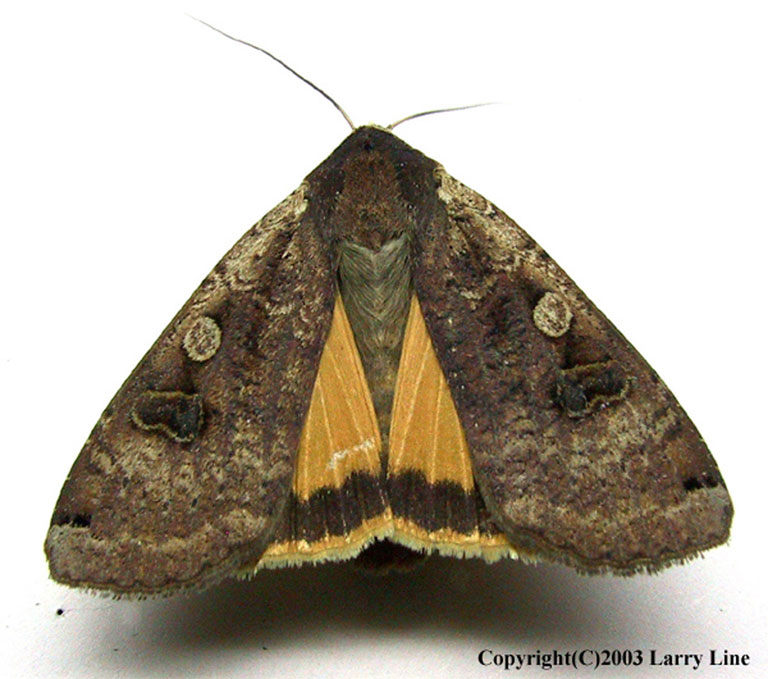 It is important to be able to identify and report invasive moths for many reasons. If you love native moths and biodiversity, then you can help prevent invasions that damage the shelter and food sources of native moths. Furthermore, invasive insects may harm many other native species and crops. Let’s look at three common invasive moth species, how to identify them, and where to report them.

The large yellow underwing moth wastes no time! According to the fantastic new website Pacific Northwest Moths, this invasive moth “was introduced into North America at Halifax, Nova Scotia around 1979 and rapidly spread across the entire North American continent, reaching the West Coast around 2001.” It is native to Eurasia.

The nonnative moth is most damaging during its larval stage. People commonly call the larvae “winter cutworm.” It feeds at night, easily tolerates cold temperatures, and lives in a diverse range of landscapes, from golf courses and agricultural fields to urban and natural areas. “Epidemic outbreaks of adult moths have occurred periodically in this region, resulting in captures of up to 500 moths per night,” Oregon State University Extension says. Because it moves in large groups and causes considerable damage in a short period of time, this invasive moth is a major concern as a crop pest. However, since they are a relatively new invasive species in the U.S., researchers have more to learn about specific large yellow underwing moth management methods.

What to do if you spot large yellow underwing moths or winter cutworms:

This invasive moth’s native range is in Argentina, Paraguay, Uruguay and southern Brazil. Lately, it is making new homes in the Southeastern United States and Central America.

Sometimes known as the prickly pear moth, cactus moth larvae aggressively eat Opuntia from the inside out. According to the Texas Invasive Species Institute, “The cactus moth is so efficient at eliminating Opuntia cacti species that it is used as a biological control agent in areas where Opuntia are invasive.” In fact, biocontrol in the Caribbean may have been the pathway for the moth’s introduction to the U.S., where it arrived either naturally or in cargo from the islands. Many native animals, including the endangered Schaus swallowtail (Papilio aristodemus ponceanus) rely on the cactus for food and shelter, so controlling the invasive moth’s population is important for protecting native species.

What to do if you spot cactus moths or caterpillars

One of North America’s most notorious invasive insects is a hairy, defoliating moth recently known by a problematic common name.

Invasive.org says that that Lymantria dispar, “is a European native that was accidentally introduced into New England in the late 1800’s during an attempt to rear an alternative silk producing insect.” The insect is prolific: its egg masses produce up to 1,000 eggs. (Compare that to the large yellow underwing moth’s 200-300 eggs).

L. dispar has since become a textbook example of an invasive species. The invasive moth feeds on the leaves of 300-500 species of trees, sometimes to the point of tree death. With no native predators to balance its population, L. dispar can defoliate a million or more forested acres each year. Its current range extends from Maine to North Carolina and west across Pennsylvania and into Virginia, West Virginia, Ohio, Michigan, and Wisconsin. Federal programs in the U.S. and Canada help keep the invasive moth’s spread at bay.

What to do if you spot L. dispar

This is just a sample of three North American invasive moths. We hope their stories explain why it’s important to identify, report, and control invasive moths to protect native species.

Keep up with invasive species management news in our once-a-month newsletter, The Early Detector. Sign up here. 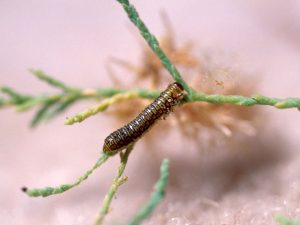 The NAISMA Classical Biocontrol Committee (CBC) was created to support government officials in establishing and updating biological control standards. Now, the CBC’s vision is to be the central hub for 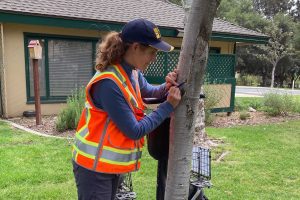