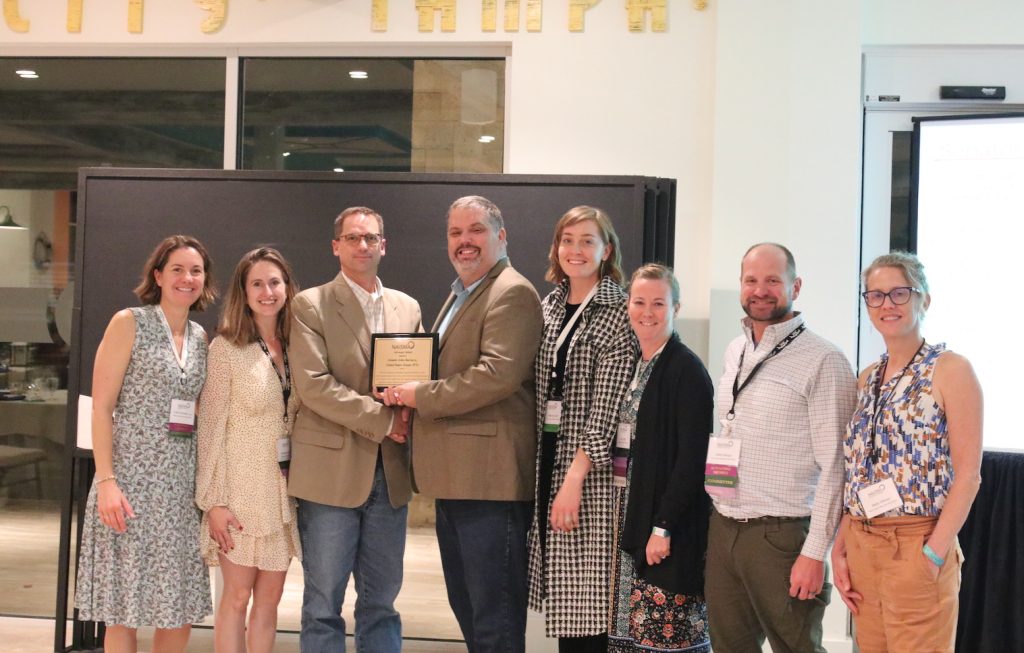 The North American Invasive Species Management Association (NAISMA) announced the recipients of the 2022 NAISMA Annual Awards. The awards seek to recognize individuals and organizations that have gone above and beyond to improve invasive species management in North America.

Marsha Watland was awarded the Special Recognition Award. This award goes to an organization or individual who, through a specific act or group of acts, helped amplify NAISMA’s mission: to support, promote, and empower invasive species prevention and management in North America. Marsha has worked diligently for the Weed Free committee. She helped add Gravel and Mulch standards to the NAISMA programs. She served on the Board and has been active in education of other states and their organizations. She is dedicated to everything NAISMA and traveled to many states to spread the Weed Free message.

Governor Jay Inslee was announced as one of two Advocacy Award winners. This award recognizes outstanding leadership and advocacy in the policy/program realm at state, tribal, and/or federal levels. Governor Jay Inslee provided exceptional leadership in interagency efforts to prevent and stop invasive species in the State of Washington and beyond. Accomplishments include an emergency order to address European green crab and a hands-on approach to eradicating Northern Giant Hornet and extension of the Washington Invasive Species Council until 2023.

Senator John Barrasso was honored with the Advocacy Award. Through his efforts in the state of Wyoming, and as a member of Congress, the Senator has made impactful differences that have helped Wyoming, other states, federal agencies, and NAISMA membership as a whole, with managing invasive species.

Sharlene Sing was honored with the Biocontrol Award, which goes to a group or individual who, through a specific act or group of acts, showed outstanding contributions in support of biocontrol development, outreach, or implementation for invasive species management. Sharlene is currently a Research Entomologist at USDA Forest Service Rocky Mountain Research Station. Sharlene has been an integral member of the biocontrol community for years. As the chair of the Technical Advisory Group (TAG), she makes recommendations while incorporating the feedback of her colleagues to aid in the adoption of new biocontrol tools for the invasive species community. In addition, Sharlene’s work on several biocontrol systems makes her an invaluable contributing member of the biocontrol community both as a researcher and as a part of the implementation process.

Catherine Tarasoff was named the Integrated Pest Management Award winner. The award recognizes efforts demonstrating innovation or novel approaches around a holistic and long-term sustainable integration of habitat manipulation, modification of cultural practices, biological control and / or chemical control of invasive species. The efforts must have resulted in high environmental, economic, social or public policy impact. Dr. Tarasoff is an adjunct professor at Thompson Rivers University in British Columbia and the founder, owner, and principal scientist at Agrowest Consulting Scientists, a woman-owned business that collaborates with a variety of resource management scientists and practitioners to develop ecologically sound solutions to natural resource issues.

The Rita Beard Visionary Leadership Award was given to Dr. Wesley Daniel. This award recognizes an early-career individual who has shown exceptional dedication and accomplishments regarding invasive species management or educational activities. Dr. Daniel of the U.S. Geological Survey’s Nonindigenous Aquatic Species (NAS) Database has gone above and beyond to foster collaboration with invasive species partners in agencies such as the Florida Fish and Wildlife Conservation Commission, the University of Florida, the University of Alabama, U.S. Fish and Wildlife Service, EDDMaps, and countless others. 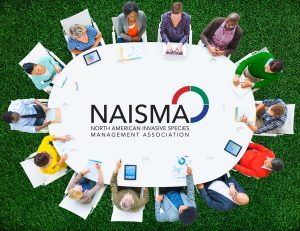 Are you looking for an opportunity to donate your time, talent, and passion to protect biodiversity? Consider joining the board of the North American Invasive Species Management Association!