A Summary of Spotted Lanternfly Ecology and Biocontrol Efforts 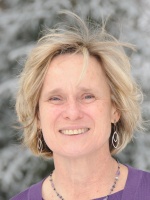 Dr. Ann E. Hajek, a professor of the Department of Entomology at Cornell University, was elected as an ESA Fellow in 2018. She is nationally and internationally known for her research in invertebrate pathology, biological control, disease ecology, and invasive species.
Dr. Hajek attended the University of California, Davis, for two years and graduated in 1974 from the University of California, Berkeley (UCB), where she first learned about entomology. She then spent three years as a practicing entomologist and a science writer before beginning graduate studies at UCB. Studying at the Division of Biological Control, she earned her M.S. in 1980 and her Ph.D. in 1984. Moving to Ithaca, New York, Hajek worked in insect pathology at the Boyce Thompson Institute (BTI) for 10 years. In 1994, the Cornell Department of Entomology conducted an international search for a professor of insect pathology, and Hajek accepted this position. She attained the ranks of associate in 2000 and full professor of entomology in 2005. Beginning with her time at BTI and continuing through her time at Cornell, Hajek has run an active research program including laboratory and field studies involving nearly 200 people in different capacities. She has also taught courses at Cornell on invertebrate pathology, symbiosis, biological control, and invasion ecology.
Register